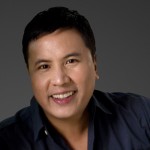 Christian graduated from the William Esper Acting Studio in New York. In 2004 he won the Best Actor award at the Rome Italy Asian Film Fest 2004 for the film “Outsiders”. Christian is also an award winning movie producer, for Best Family Feature at the Houston International Film Fest 2008 for the Chinese movie “Slam”, he was also the original executive producer for the NBA China Television Series “Made in NBA”. With BananaMana Films he has since won and been nominated for many international awards including Best Drama, Directing, Editing and Sound Design.