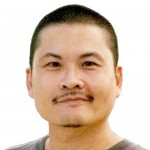 Otto has a basic foundation in the study of electromagnetic waves and transistors at university level. He studied in the Ministry of Education because he has a strong drive to make science accessible and enjoyable to the masses. During his stint as a film directing student in Beijing Film Academy and apprentice in Beijing Film Factory, he learnt the skills to construct a visually-appealing and emotionally compelling case for science. He was Outreach Fellow for the Centre for Quantum Technologies in NUS, and is now collaborating with SynCTI NUS (Synthetic Biology for Clinical and Technological Innovation) to produce a new Sir Fong comic book in 2017.