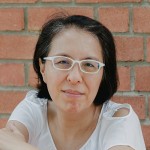 Swee San has written for acclaimed prime-time TV shows such as The Pupil, Code of Law (all 3 seasons), In Cold Blood and Tanglin. She is currently writing for a children’s series Whoopie 2 and helping to develop an animation feature film. Her full-length play Marriage of Inconvenience was staged by TheatreWorks in 2004. Swee San holds an MFA in Dramatic Writing from Tisch New York University. In 2017, she became one of 29 Singaporeans to be conferred the SkillsFuture Fellowship, in recognition of her commitment to continuous learning. She teaches scriptwriting at Puttnam School of Film and Animation, Lasalle College of the Arts.