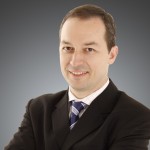 Mark is a mentor in media and presentation skills to C-suite executives, elected politicians and senior government officials, and a sought-after speaker, conference anchor and panel moderator at business conferences, following a 14-year award-winning career in radio and television. At CNBC Asia Pacific, he held almost every position in the newsroom: behind the camera he was Producer and Sydney as Bureau Chief, and in front of the camera he was Stock Reporter, Anchor and Field Reporter. He started his media career in radio at age 21, becoming Australia's youngest radio current affairs show host at ABC Radio, and later joining Singapore's 938LIVE.