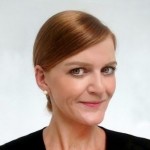 Originally from South Africa, Alex has worked in newspaper and magazine publishing since 2008, spending three years as a sub editor and photographer in the United Arab Emirates before moving to Singapore in 2012. In 2013, she was awarded a scholarship from the European Commission to study a joint Masters of Arts in Journalism, Media and Globalisation in Denmark and the United Kingdom. After completing the MA in 2015, she returned to Singapore, where she is currently the editor of Asian Geographic.