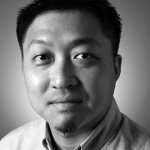 Juan has been in the Singapore film industry since its resurgence in the early 90s and has been involved in up to 7 films. Having a 17-year grounded experience in the craft has made him to be the Singaporean voice for panels and he is a curator, writer, lecturer and judge for film events. Juan developed and sold a script to 20th Century Fox International Pictures. He ran his own production company ‘Ground Glass Images’ which produced ‘Dirty Laundry’, ‘Hainan Chicken Rice’ and ‘Perth’.Juan is an academic board member of the Singapore Media Academy (SMA) and sits on the programme advisory panel for the Multimedia Technology & Design programme at UniSIM.