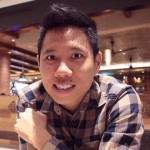 Ronald specialises in 3D animation, storyboarding, and concept art for animated films. He believes that a well-crafted story is the key piece in making films work as he consciously aims to make his projects meaningful and relatable. He assumes the role of a complete geek when faced with technical challenges encountered within the 3D animation creative process. Not to say less love is given to the more traditional approaches to animation, as Ronald appreciates – just as much – the fluid and expressive nature of hand-drawn animation. He is the winner of NYFA 2016 Best Writing in Animated Film