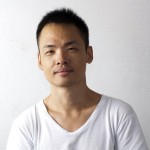 Cyril Wong is the Singapore Literature Prize-winning author of poetry collections such as Unmarked Treasure and The Lover's Inventory. He has also published Ten Things My Father Never Taught Me and Other Stories and a novel, The Last Lesson of Mrs de Souza. Cyril has served as a mentor under the Creative Arts Programme and the Mentor Access Project, as well as a judge for the Golden Point Awards in Singapore. A past recipient of the National Arts Council's Young Artist Award for Literature, he completed his doctoral degree in English Literature at the National University of Singapore in 2012. His poems have been anthologised in Language for a New Century: Contemporary Poetry from the Middle East, Asia and Beyond (W. W. Norton 2008) and Chinese Erotic Poems (Everyman's Library 2007).