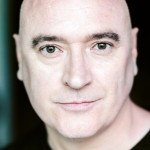 Daniel Jenkins is Associate Artistic Director for Singapore Repertory Theatre (SRT). Originally from the UK, he began acting as a teenager with The National Youth Theatre of Great Britain. He went on to train at the Guildford School of Acting in the UK, where he received the Yvonne Arnaud award for acting. He has an Acting Diploma with GSA, a Licentiate in Drama with the Guildhall School of Music and Drama, and a Bachelor of Arts (Honours) Degree in Theatre. Daniel has been nominated 6 times for both Best Actor and Best Supporting Actor at the Straits Times Life Theatre Awards and has won the Best Supporting Actor Award twice for his roles in Quills, and Cabaret.