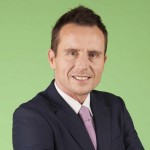 Jason is a Singapore-based Senior Editor/Coordinating Producer/Host for ESPN. He began his career at The Sydney Morning Herald, and has worked as a journalist in the U.K. and United States, in addition to Australia and Asia. Jason was the first Australian sportscaster for CNN and BBC, and the original host of ESPN's SportsCenter Asia. He has been a weekly sports columnist for major regional publications, including South China Morning Post, Singapore Straits Times and The Jakarta Post.