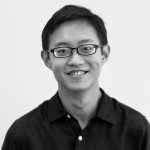 Theophilus has published four volumes of poetry, including The First Five Storms (2017), which won the New Poets' Prize. He has also won the Berfrois Poetry Prize, and was placed Second in the Stephen Spender Prize for Poetry in Translation for 2016. His poems, essays, and translations have appeared in The Guardian, The Irish Examiner, The London Magazine, and the Asia Literary Review. He serves as Co-Editor of Oxford Poetry. (photo by Jon Gresham)