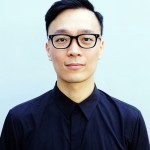 Tan Bee Thiam has worked as a director, producer, writer and editor with the 13 Little Pictures, an independent film collective whose films have garnered critical acclaim. Based in Singapore, his films and projects have been presented in Berlin, Rotterdam, New York, Tokyo, Buenos Aires and more. His co-directorial debut FUNDAMENTALLY HAPPY, shot by Christopher Doyle and adapted from the acclaimed play by Haresh Sharma and Alvin Tan, premiered at Tallinn in 2015. From 2014 to 2017, he was the film curator with the Singapore International Festival of Arts.