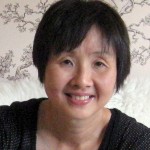 Stella teaches Creative Writing and Scriptwriting at Singapore Polytechnic’s Diploma in Creative Writing for TV and New Media. Before she began her teaching career, Stella was a Scriptwriter at MediaCorp where she created the comedy series Maggi & Me and the Asian Television Award winning sitcom Daddy’s Girls. Stella also wrote scripts for iconic TV shows such as Phua Chu Kang Pte Ltd and Living with Lydia. Her last project was The Leon Theory, a web series that she produced with her students.