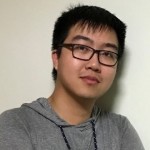 Ashley is a graduate from the Diploma in Creative Writing for Television and New Media (DTVM), Singapore Polytechnic. During his time at DTVM, Ashley mostly took on the role of  writer in team projects. Ashley pitched the original idea for The Leon Theory web series and worked with a group of classmates to develop the concept for their final year project. Ashley was one of the scriptwriters for The Leon Theory. He is currently serving his National Service, where he writes for the Army News magazine.