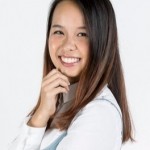 Esther is a graduate from the Diploma in Creative Writing for Television and New Media,  Singapore Polytechnic. She produced HeartWare, a documentary film about a karang guni man’s search for love. The film was nominated for Best Camera Work, Best Editing and Best Documentary in the National Youth Film Awards 2016 and was showcased in international film festivals. Esther wrote scripts for The Leon Theory web series and took on the role of Assistant Director in the production team. She is currently working full time at Big 3 Media and worked on The Breakup List.